The District of Columbia could be well on its way to joining the ranks of Colorado, Washington, Oregon and Alaska in the multi-billion dollar a year industry of legal cannabis sales beginning this fall.

Last week, the D.C. Superior Court made a decision to uphold The Local Budget Autonomy Act of 2012, giving the District more autonomy when it comes to their budget and lifting the ban on taxing recreational marijuana sales. The ban expires September 30th, 2016.

The Marijuana Policy Project (MPP) heralded District officials for the pro-cannabis achievement. “We are thrilled that DC will have budget autonomy and no longer be subject to appropriations riders on the local portion of the budget — which will allow them to finally move forward with taxing and regulating marijuana. ,” Kate Bell, Legislative Analyst for the MPP said in my exclusive interview for The Marijuana Times.

As the only federal district in the nation, Washington D.C. remains under the exclusive jurisdiction of the Congress. Since 1973, The District of Columbia Home Rule Act has provided the city with a council and Mayor but unlike other states, D.C. doesn’t get the luxury of setting their own taxes and budget without Congressional approval. Now, the council can move forward to determine how to tax and regulate marijuana and pass a law to do so this fall, the MPP explained in a statement.

While the District does have a medical marijuana program up and running, as well as Initiative 71 providing some protections to recreational marijuana users from criminal charges, The Local Budget Autonomy Act of 2012 has banned marijuana sales in D.C. for the past two years and has been referred to as the “dealer-protection act” because it kept illegal drug dealers in business.

The New York Times reports the total legal recreational marijuana sales hit $5.4 billion last year. The state of Colorado alone has about 938 dispensaries and according to a Bloomberg report, the Centennial State received $135 million in state taxes and fees. That’s an increase of 44 percent from the year prior. 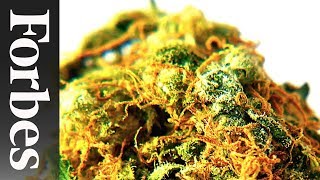